Alaska is located on the northwestern tip of the North American continent, bordering Canada to the east and the Arctic Ocean, the Bering Sea and the North Pacific on three sides. The state has 17 of the 20 highest mountains in the United States, and the 6,194-meter McKinley peak is the highest peak in North America. Most of the world's active glaciers are in the state of AZ, and the largest of the Malaspina glaciers is 5,703 km2. The state covers an area of 1,717,854km2, accounting for 20% of the country's total area. It is the largest state in the United States. 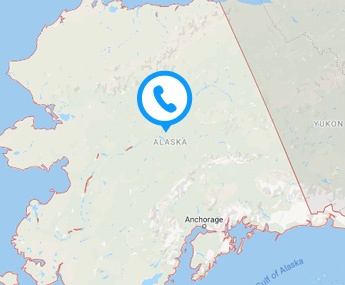